We empower our people to bring opportunities to the business to support the causes and charities that have made a mark on their lives. Here is a selection of some of our recent charitable giving. 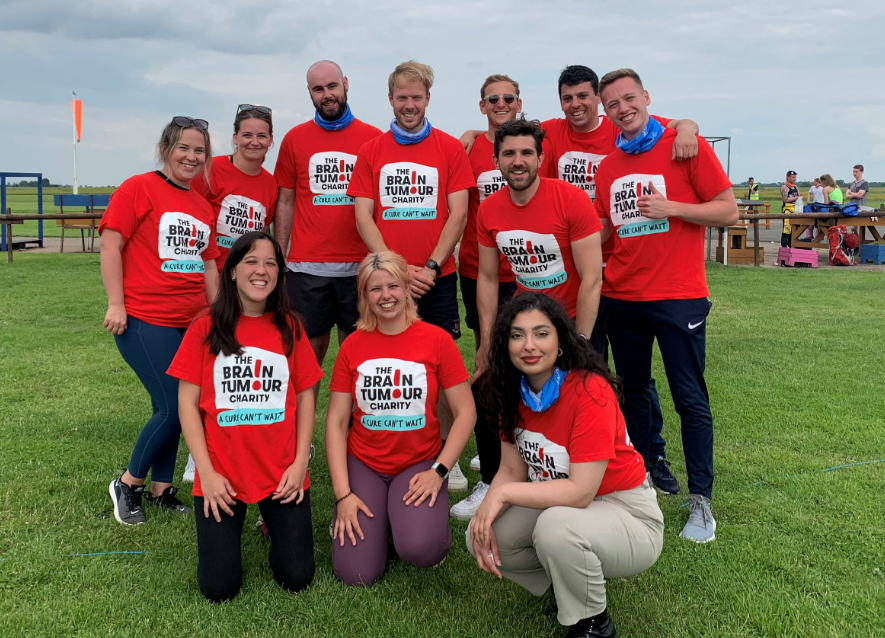 The Brain Tumour Charity is one of BECG Group’s charity partners, voted for by all staff. We have supported its work around raising awareness at political party conferences, training and development, campaigns and fundraising.

Each year, employees across the Group complete an impressive 14,000 ft skydive as a daring means of raising vital funds for the Charity. 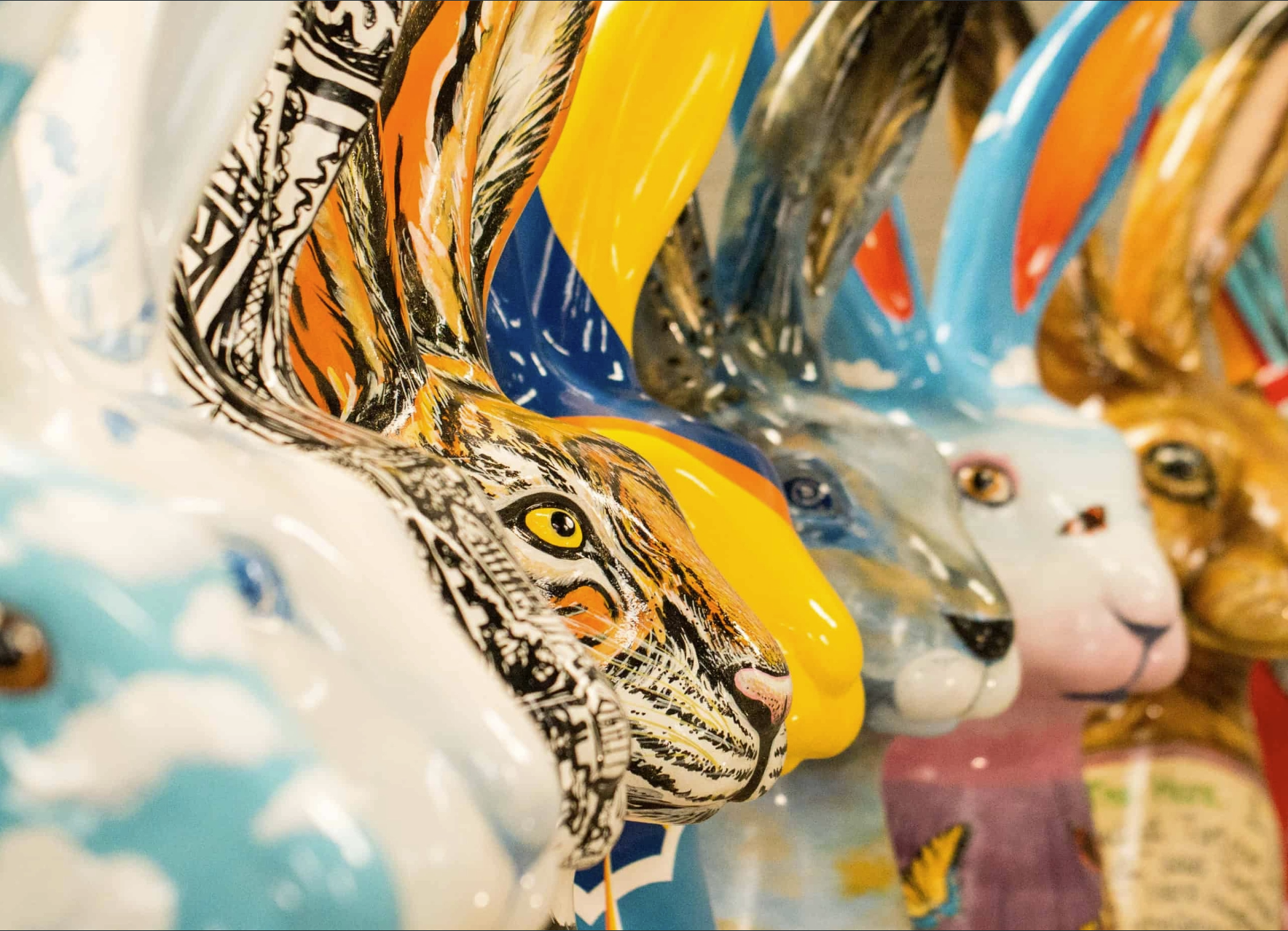 As the Creative Partner for Hares of Hampshire, a public art event taking place in 2022 to fundraise for The Murray Parish Trust, we provide pro bono design and marketing services, and have produced all collateral including video art direction, filming and editing, as well as social media content. 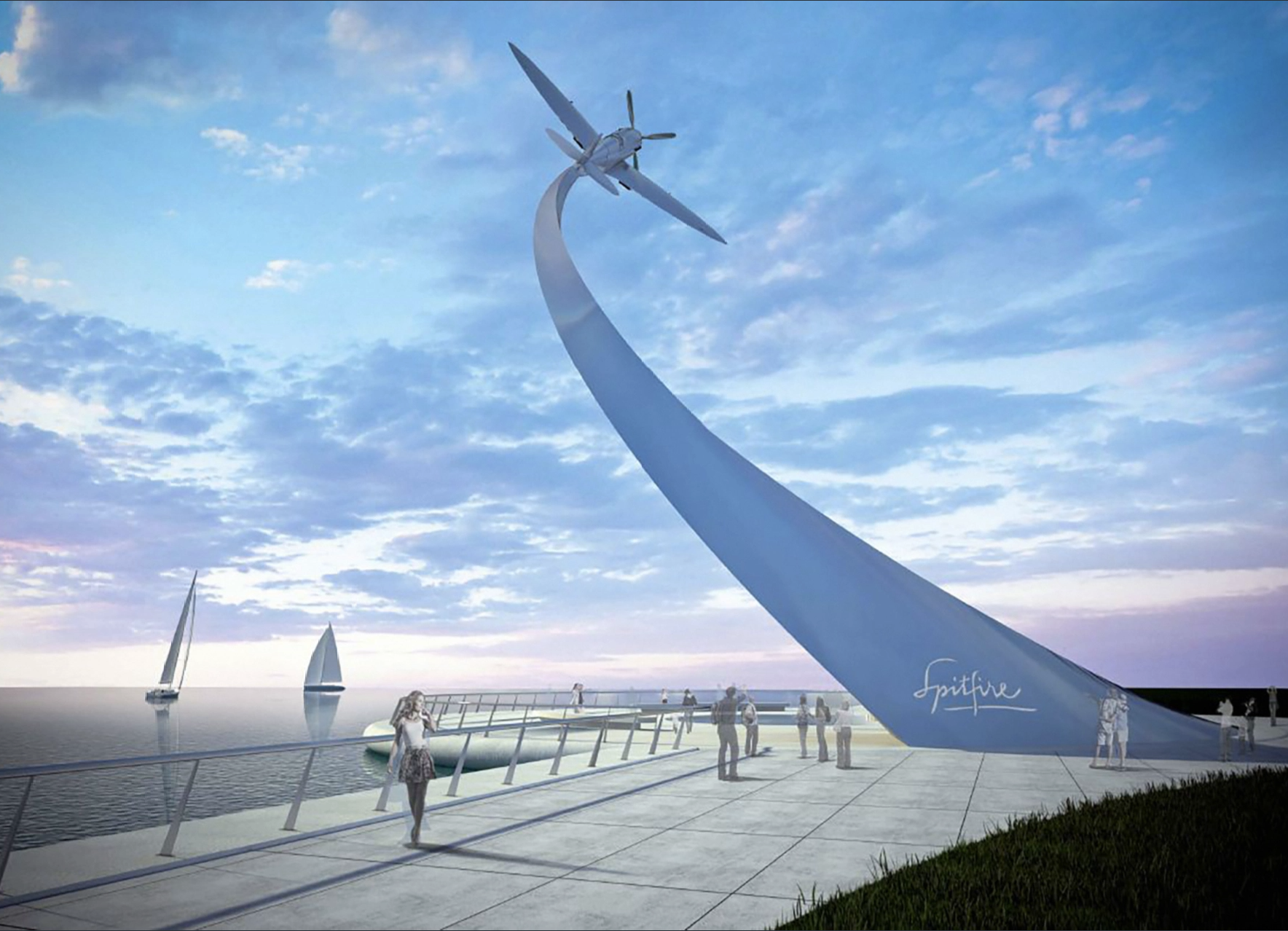 The National Spitfire Project charity was formed to realise the vision of building a worthy monument to the men and women who designed, built, flew and maintained the Spitfire; to evoke the ‘Spirit of the Spitfire’ and represent an enduring symbol of innovation, engineering excellence, hope and courage.

The Spitfire Monument will be an evocative landmark on Southampton’s waterfront, in close proximity to the original Supermarine factory, paying tribute to a proud chapter in local and national history As well as commemorating Southampton’s engineering heritage and the role people played in what became a great national effort, it will attract tourism and serve as a local point for local regeneration. The Group supports the charity on a pro bono basis with social media, marketing and media relations. 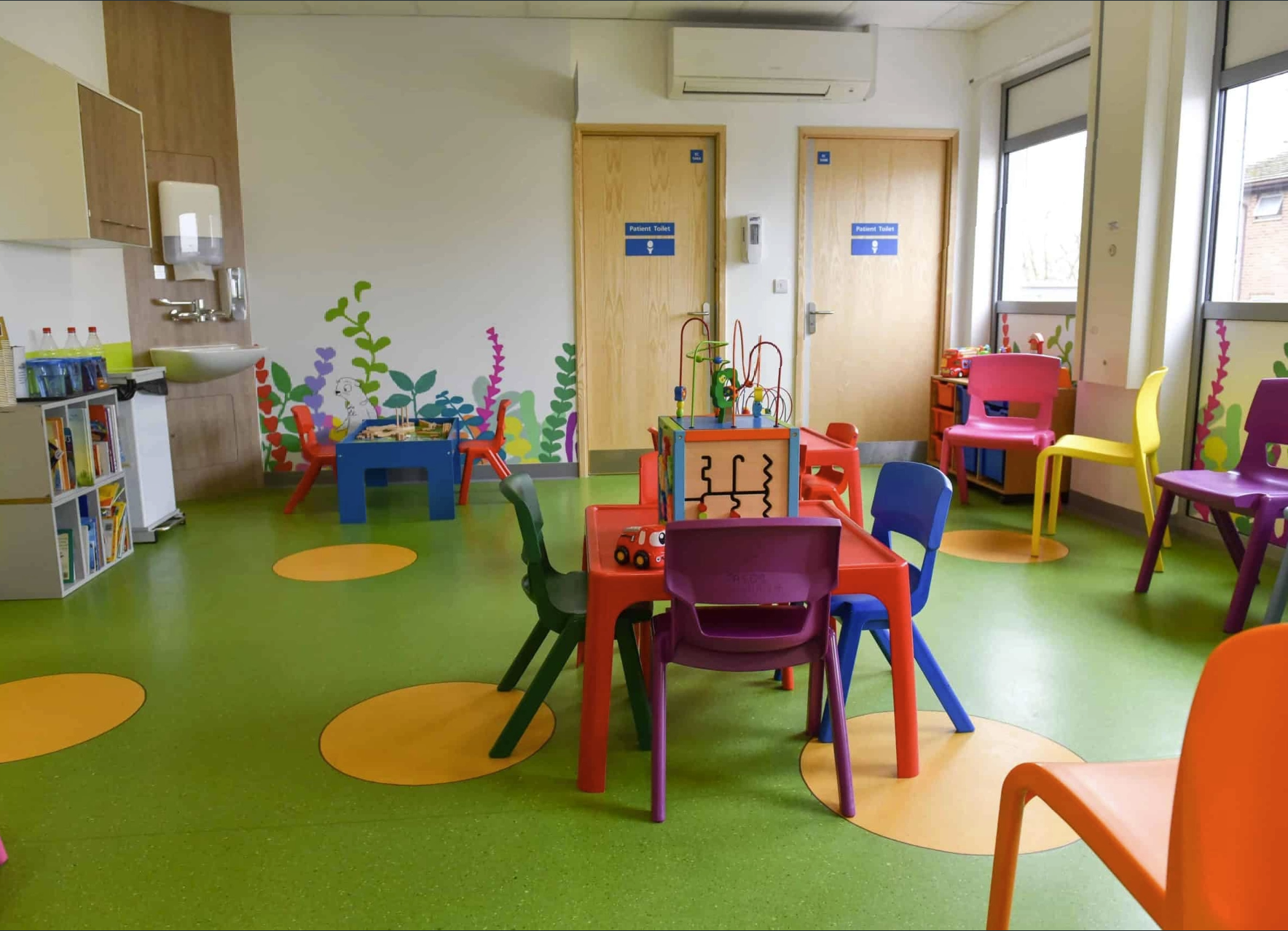 We are proud to have supported The Murray Parish Trust for many years and have worked closely with the charity on a number of major fundraising campaigns.

We are supporting the launch and the appeal of #2MillionSteps in partnership with Southampton Hospital Charity to raise more money for research and life-saving equipment. The work ensures children have the best access to emergency care.

Investing in mental health in
construction 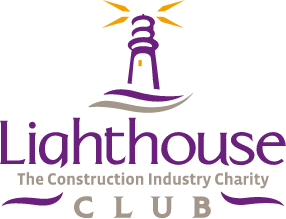 We donate annually to The Lighthouse Construction Industry Charity to support its delivery of emergency financial and emotional support that many workers and families within the construction industry need to improve their wellbeing and life satisfaction. 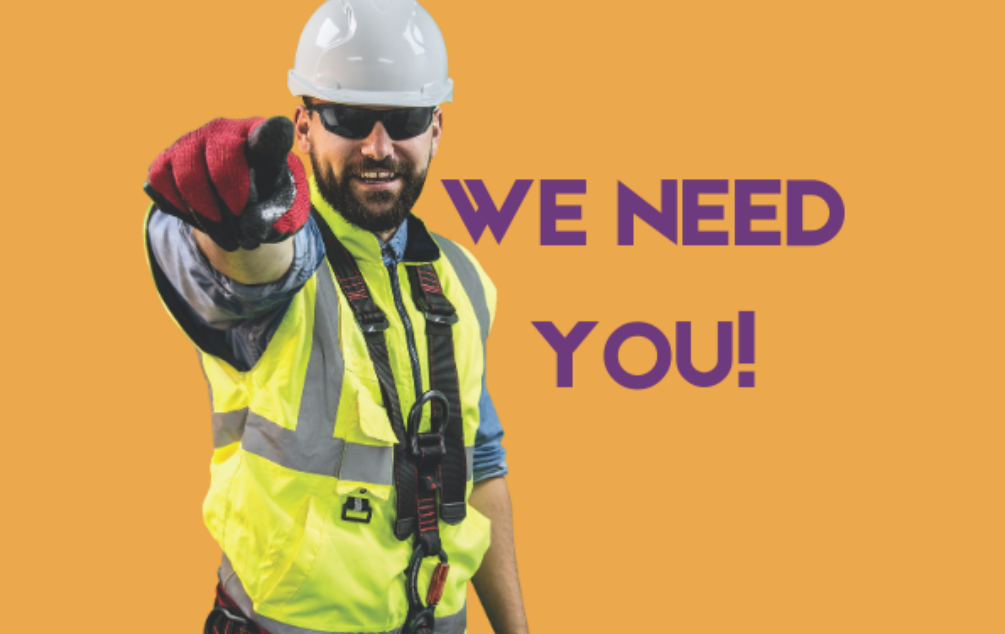 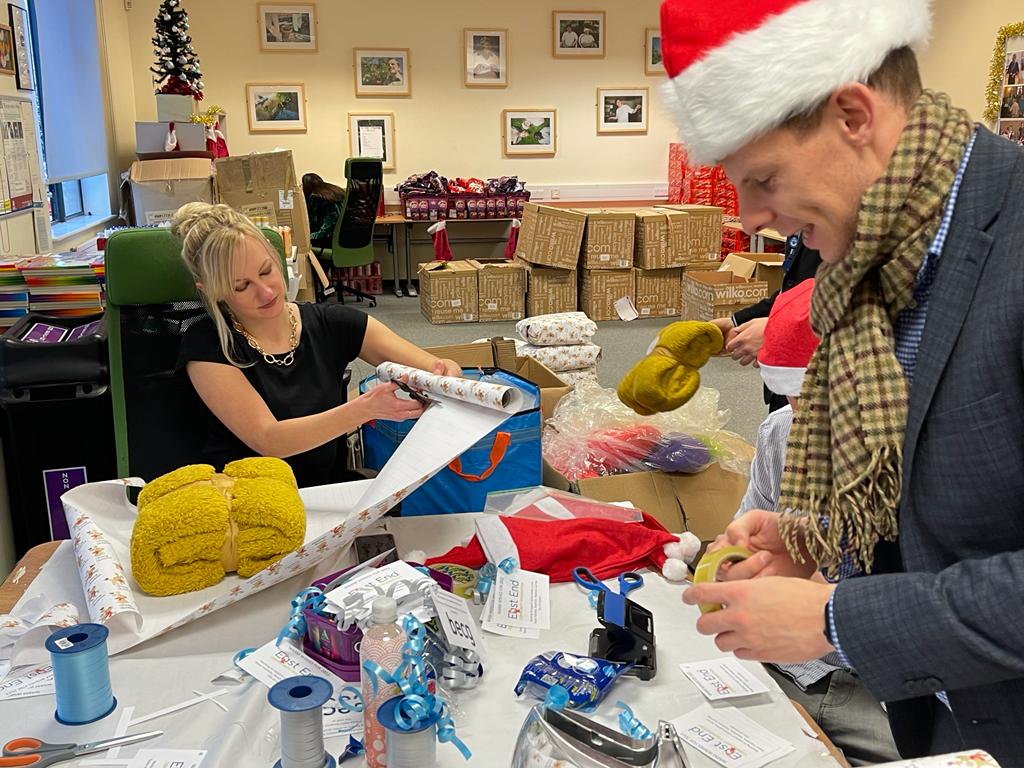 Investing time to make a difference

As part of our employee benefits package, we gift one holiday day each year to all staff to be used for voluntary contributions to society. Here are just some of the causes that our people have generously given their time to support:

I was really pleased to use my charity day to support the NHS’ efforts to vaccinate the UK.
As a volunteer vaccinator I was doing something completely different from my day job so it
was a really interesting new challenge. It was also great to play a small part in helping
things get back towards normality.

Staying safe while staying at home – but having no home to go to was the harsh reality for homeless people during the COVID pandemic lockdowns. Temporary accommodation
providers opened their doors to help get people off the streets into safety. I was able to use
my volunteer day at Winchester Beacon, giving a few hours of my time each week to
support its staff and residents.

Supporting causes
that matter to our teams

Promoting diversity and
inclusion in communications